Wingsland S6 Tear Down and thoughts

Seeing as my Wingsland S6 had a camera which did not work most of the time, I decided to strip it down to see if anything loose.

Maybe these photos will also help others and show whats inside.

There is a lot of technology in these, the quad is packed with hardware.

Also interestingly, the board that drives the motors is DJI hardware! 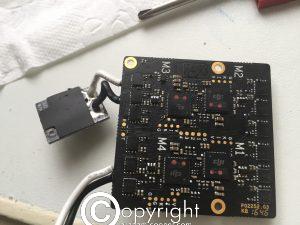 So that kind of tells me that it should be able to react quick enough to say change of wind etc.

And also coupled with the Barometer covered and enclosed well, it really should be able to hold its height much better than it does!

This is also a photo I posted on the Facebook Wingsland Owners group of the barometer pointed out and its in a plastic shell with holes in the top and a small piece of foam under it. 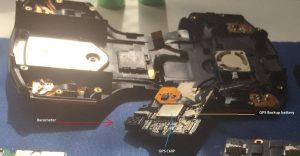 So this really should hold its height much better than it does.

But I do wonder if it actually holds it height much better higher up and I assume it was originally designed to use the sonar and downward facing position camera for indoors and also under about 10-15 feet outside.

But as the sonar and the position camera are disabled in either the firmware or app now, maybe that is also why its poor (especially in the wind) at low attitude hold.

Again I feel this really well built little quad been really let down by the lack of app and firmware development.

If they could have updated the firmware, I feel reviews would have been much more positive for Wingsland.

Anyway, a few more photos of the teardown for anyone curious. 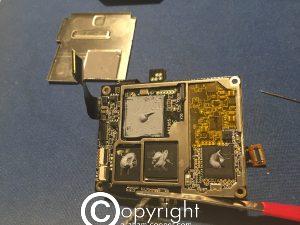 For the above which is the Arm CPU and video processing chip etc, I added some thermal compound to maybe help. 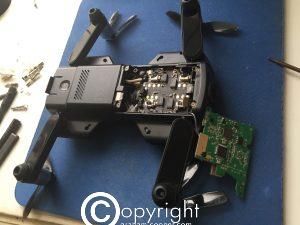 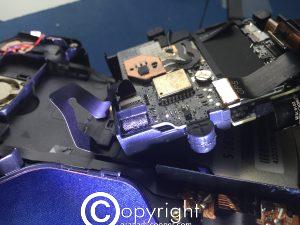 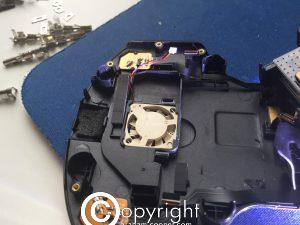 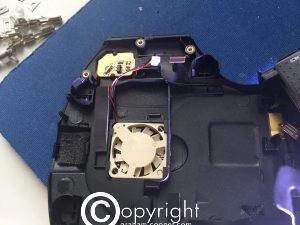 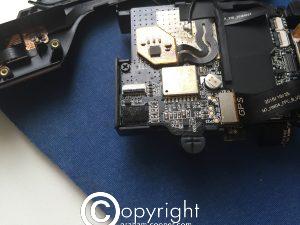 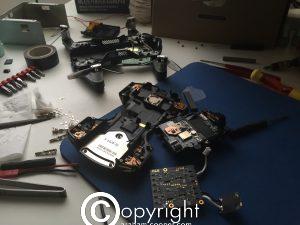 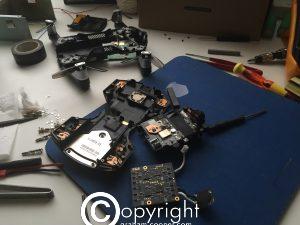 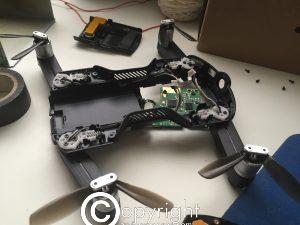 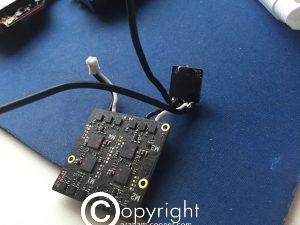 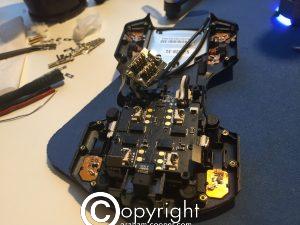 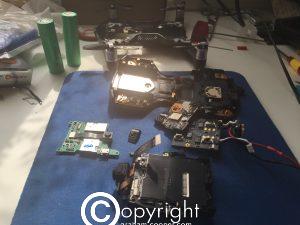 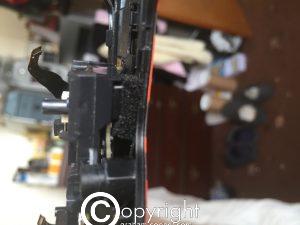 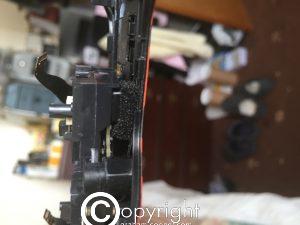 I added a small bit of  foam over the barometer, even though it already looked done well enough. and surely made no difference at all to the altitude hold. 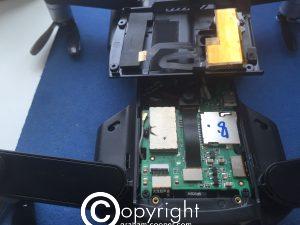 There is also another pcb under the battery which I forgot to get pics of.

Its the wifi pcb.

But I think its clear to see this was a lot of hardware inside, but sadly due to the lack of development in the firmware/app has caused most of the issues in my view.

Also with the low flight time of about 5-6 mins and no where near the claimed upto 10 mins.

However I did see someone post a photo of flight time they got on the Facebook Wingsland owners group that got about 9mins before it landed , which is very impressive and maybe with the right conditions one could also get near that on a good day.

But most reviews seem to say its around 5-6 mins normally.

So to recap, for the price these now are is it worth it?

Depends on what you want from it.

The stabilization of the video is poor and probably better not to use it and use one of the other app video settings and then run it through some pc/mac software to stabilize the video.

The camera itself on this is good and in a calm day one can get some nice shots and maybe especially if you after some good quality still shorts, but you need very calm conditions for this to be of use when taking just stills.

With no wind, it holds position and height really well

What really helps with this is the Wingsland R6 Controller, but sadly there does not seem to be anywhere with any left!

I wonder if any more are even being made as it seems out of stock at all the usual places and no eta of when coming back.

Coupled with the low price you can now buy these on places like Banggood, I do wonder if they are just selling off all stock of the Quad and controllers and once its all gone that its.

Even though I got a unit that had a pretty much non working camera , I do like this enough for what I wanted it for that I do have another on the way from Banggood.

Fingers crossed this next one works okay and will use this original one for battery mods and testing out different props etc.

So for me personally I think its still a great looking quad , awesome packing and presentation and fine if you have specific needs where this will fit in.

For a quick fly up take some snaps and video on a dead calm day, this might be worth it to you.

But bear in mind it’s low flight time and there’s a good chance there will be no more updates in firmware or app software, unless anyone at Wingsland is still working on something.

I also paired this up with a bluetooth controller , which although not as good as the proper R6 controller, kind of does ok for now.

You cant seem to use a wifi repeater on this like other quads out there though.

Seems the app will only connect direct to the S6 and wont go through a repeater, but I guess with such a short flight time this is not too much of a issue not being able to increase the range.

If Wingsland are not updating this quad anymore,  I wish they would release the FTP / SSH passwords, so some of us could connect to it and maybe adjust some of the internal settings to address some of the issues.