Just got hold of one of these Fairy drones for my intrest in small quads.

This is another which had bad reviews from most and wanted to see for myself, is it that bad and also can it be made to work better? 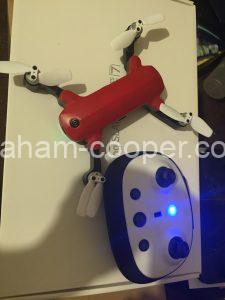 But before I go tinkering will try it out stock as is.

When controlling with Transmitter and say you move to the side is swings back and you can see the pendulum effect even more.

But overall it held pretty well with altitude drifting now and then and also almost 15 mins flight time!

Below is a boring video of that flight for those intrested, next I will move on to testing outside before heading out to a field.

I know the range of this is supposed to be pretty bad, and will do a few mods before then.