Well at last with a lot of mucking about , I got my R6 to work!!

This was in big part to a member of the Wingsland Facebook who sent me a working dump from a Outdoor version of the S6 which has root access.

I had to change a few config files and lucky enough the wingsland remote file was still intact on what I salavaged from a dump I took from the R6 that I done by removing the flash chip and reading it into a programmer.

Then after altering a dump that I was sent , got it to work in the R6 and it now connects to my S6 like it was supposed to. 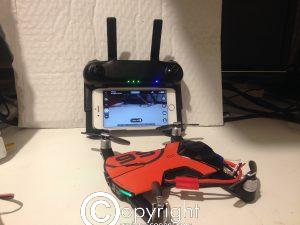 Done a few test flights and it seems very responsive with the remote, but the cold weather I am having where I live is making flight time shorter than normal, even with the upgraded lipos I have for this.

I also replaced the wifi firmware inside the S6 with the earlier version that the winsgland facebook member sent me, and after changing the serial etc to match my craft that also works fine and now I have root and openwrt access via the web gui.

This also did involve removing the flash chip from the wifi board inside the craft.

My poor S6 above been apart so many times now, god knows how it still works.!!

But wont be taking it apart anymore, its been through enough now.

Only other mods I will be doing will be upgrading the motors and another set of different props on the way to test.