Just a quick teardown of the Mavic Pro camera to see if any salt water corrosion made it into the camera and connector and surprisingly there was none.

So maybe camera part still fine, but no doubt the gimbal motors which were almost seized when I got it and even though I cleaned them up and they move freely now will prob show gimbal over load error as they are very sensitive to any friction and bearings prob shot.

But we shall see and the gimbal part with just motors is available as a spare part which is not expensive as long as camera lens and camera and gimbal pcb works still. 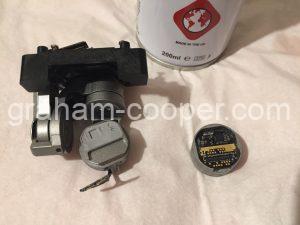