Got hold of some Emax 1106 V1 6000kv motors that had the 9mm prop hole spacing and therefore could fit the S6 props and clamps. 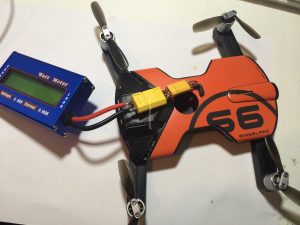 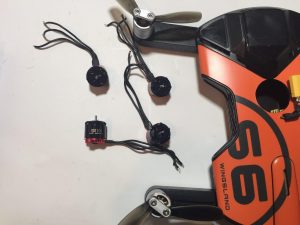 First off I done a amp test with original motors vs the Emax ones.
Wingsland :- 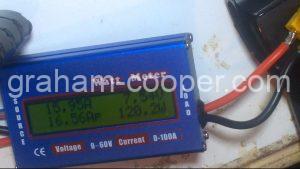 So with the original motors pulled around 16.amps at about 120 watts 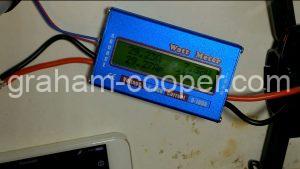 So figured this was going to be far worse flight time with these.

Anyways,  tried a flight and took a fully charged battery and took off and the S6 went from about 100% battery to 70% after 18 seconds.

Then at around 60% it flipped over in the air and fell into the grass and I could smell burning!

I expected the ESC had fried, but actually looks like the 2 front motor plugs had melted on the esc board. 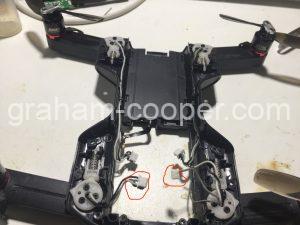 This is prob due to the original wingsland wires that I soldered the emax ones to are a lot thiner and could not handle the amp draw.

Soldering the emax wires direct to the esc board is a option , but I doubt it going to improve flight time over the original S6 ones.

So would class this experiment as a total fail and as expected, and only tried as someone once told me you get better flight time with the 6000kv emax motors on a S6. That is definitely not true.

There are some 3800kv 1106 motors around, but to use them cant use the S6 props and clamps and would not be as foldable.

Turns out this did kill the esc board, so either a faulty mosfet or one of the motor control chips….