Just got hold of one of these to make up some 18650 packs without having to solder them together. 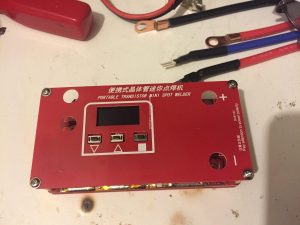 Sadly after trying 2 test welds where it hardly sparked at all no matter what setting it was on , it then throw smoke out.

On taking apart one of the mosfets has gone dead short. 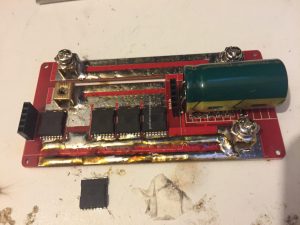 Before people comment, I was using a 12 volt 3s 5000mah pack so it was not a battery issue.

Will be a while before they arrive though.

Although this is the later version and does not need the Capacitor mod, there is another resister mod that someone worked out on these later versions and will do that when the mosfets turn up.

This entry was posted in Technology. Bookmark the permalink.