If you sent me a question from the contact us page and not heard anything,

can you please try again as I was not getting any notifications.

Its fixed now, sorry about that.

Just got hold of another s6 that someone was getting shot of and think I might be able to see why! 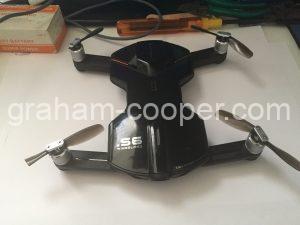 My first test flight of this tried to head off to the moon!

Just very lucky I had tethered with string for a first flight test.

After only 1/2 mins it just shot up to the heavens and the R6 remote would not control it, and lucky I grabbed the end of the string and stopped it and it crashed into my roof and battery flew out and busted the props.

Thats my first ever (almost) flyaway I have had with any quadcopter.

For sure without being tethered god knows how high it would have gone.

Lucky enough I had phone screen recording on and went back through the phone video and could see exactly where it all went wrong!

Split second before it fly up on its own all normal and coming to end of battery. 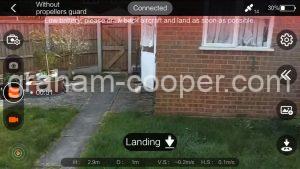 And then a second later notice what the reading of height and vertical speed has jumped too! 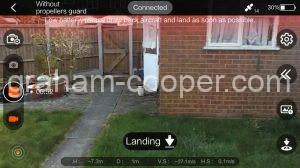 So I assume that craft thought I better throttle up and off it went.

Now why did readings go so wonky????

This dont really use sonar when in outdoor mode and so I am thinking maybe the barometer??

Edit: Thinking about it as the height and v/s speed went mad, me thinking it is prob like other drones and bases that info on gps too. So could be some iffy gps data confused it.

But to check all these things a full strip down now required and also something else I noticed is the fan is not spinning , although dont think that had any effect on this issue as its still cold out this time of the year.

Crash investigation to contuine and will post what I find, as it may help others why come across this issue.

Just got hold of one of these Fairy drones for my intrest in small quads.

This is another which had bad reviews from most and wanted to see for myself, is it that bad and also can it be made to work better?

But before I go tinkering will try it out stock as is.

When controlling with Transmitter and say you move to the side is swings back and you can see the pendulum effect even more.

But overall it held pretty well with altitude drifting now and then and also almost 15 mins flight time!

Below is a boring video of that flight for those intrested, next I will move on to testing outside before heading out to a field.

I know the range of this is supposed to be pretty bad, and will do a few mods before then.

Just made a clip up for the Spark to add a extra battery to get me some more flight time. 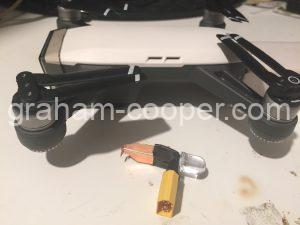 Added a strobe led flashing just for the heck of it 😉

Not so sure I will use this as because of the way you have to mount it, in a hard landing it could slip and end up shorting ..

I originally ran a couple of wires inside with a connector on the end, which I wish I had left there now.

Only looking at ways to improve flight time, as this is prob what I will take to a trip to Cambodia with me next time and wanted something foldable, but this is small so should be okay.

I know uavmods do something called a Spark Magic battery mod adaptor £36.99  that lets you use a Mavic Air battery on the Spark. That looks quite intresting as it still get telementry from battery to app and also the weight of it is pretty good and supposed to be around 20-25 mins flight time. Only issue is cost of Mavic air mod adapter plus buying a Air battery = around £100 uk pounds and then having to velcro the battery in place. But good way to get a long flight time without too much hassle.

I have got a few parts to repair this DJI Mavic pro
Some new ribbons from China for the badly corroded ones that goto the gimbal and from the main board to the esc board.
Main stumbling block now is the Mavic pro platinum ESC board, its different to the normal pro model and has the better esc chips on it. But its a quite expensive and also a lot of sellers claim to sell it , but they show photo of the older type and makes ordering them from China a pain.
Could use Aliexpress but can take upto 3 months to get it from there, so going just put this project on back burner for now until one shows up.
I did apply 5 volts to where it was missing on the main board and that did light up, so there is a slight chance it may still work.
But until I get a working pro platinum esc , cant really test fully yet.
Also picked up 2 front motors with arms for the pro platinum, as one of the orginal front motors needs bearings and it hard to see how I can get motors out as on the front arms, as it looks like motors and wi-fi antennas were put in arms and then it was plastic welded together. On the back arms you can easy slide out motors and wires. You could cut the front motor wires, but such litte slack would be a pain to re-solder them back on.
I am not sure the pro platinum are the same as the older models??? I assume they maybe and its just the esc board and props that are different, but picked these arms up just in case.
Anyway, this stays in the box of parts for now 😉 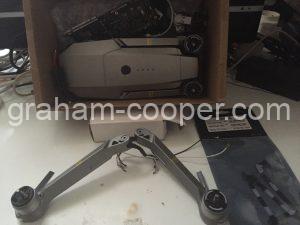